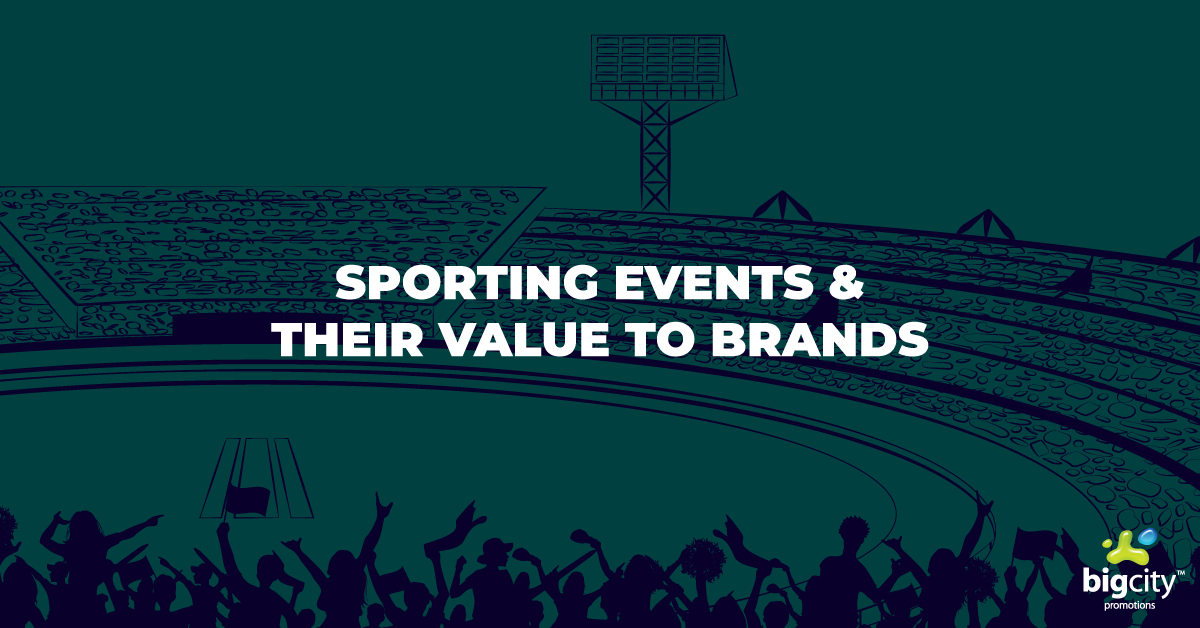 365 million Video Views in 8 hours[1]. That’s the number of eyeballs India vs Pakistan attracted during their match in the 2019 Cricket World Cup on OTT platform Hotstar alone. INR 1200 Crores[2]. That’s the amount of advertising money brands in India spent on the same sporting event that year.

It’s no secret that marketing around sports properties is a strategy that many brands around the country follow. It makes sense too. The behemoth, cricket, has an estimated audience size of 400 million[3] followed closely by the sports of Kabaddi, Football, and Field Hockey.

All these sports represent an affinity category to an audience category that is segmented well demographically as well. Be it bars of soap or a new car, if your product is on display during the coverage of a live sporting event, chances are you are reaching an audience that is interested.

With this in mind let’s look at some of the biggest sporting events in the world, their estimated audience, how brands took advantage of a captive audience, and the lessons we can learn from it ahead of India’s greatest domestic sports tournament in terms of viewership – The Indian Premier League 2022

The Indian Premier League – Association is the opportunity

Let’s begin with the most important cricket tournament for Indian marketers, The Indian Premier League. With more than 500 million viewers tuning in for the summer of the Indian Cricket extravaganza, the IPL remains India’s showcase sporting event for Marketers, with brands dedicating their yearly budgets to this one two-month long opportunity.

Over the years BigCity has had the opportunity to work with multiple brands on a myriad of consumer promotions for different business goals.

Whether it be curating an offer whereby the customers of major retail & FMCG players stood a chance to win IPL tickets, ensuring lovers of a certain fizzy cola drink got to meet up with Virat Kohli & Ranbir Kapoor, creating stickiness between Cricket & confectionaries through an assured rewards program, building a game from scratch or creating a cutting-edge AR spectacle for a biscuit manufacturer, at BigCity have created conceptualized & executed dozens of IPL campaigns for brands across sectors.

International Football’s premier football tournament is the most-watched sporting event in the world, with the 2018 World Cup alone drawing a cumulative audience of 3.5 billion people[4] with the final alone drawing 518 million users.

As for marketing around the World Cup, the clear winner was Budweiser – the longest-running official sponsors of the World Cup, with their global campaign – ‘Light Up the FIFA World Cup,’ making the brand the most discussed brand throughout the tournament with over 637k tweets.

The campaign saw people who purchased Budweiser head to the Budweiser website and enter their unique code to see whether they were lucky match-day winners.

The recently concluded ICC T20 World Cup 2021 edition garnered a record viewership globally, with an estimated TV audience of 167 million people. ICC’s partnership with Facebook was a driver for the significant increase in video views, with a total of 4.3 billion views across all channels for the tournament.

Coming to marketing around the sport of Cricket, is there a name more synonymous with the Cricket World Cup than Britannia? When it comes to slogans, Britannia’s ‘Britannia Khao World Cup Jao,’ is as epochal as the World Cup itself.

As proud partners of Britannia for the 2019 World Cup and befitting the high decibel campaign, we here at BigCity came up with an engaging offer to induce multiple purchases of Britannia products. Customers who purchased products stood a chance to win World Cup tickets and other wonderful prizes. We have also worked with other major players in the FMCG, FMCD & Retail space to create campaigns that resonate with a world cup watching audience.

For brands targeting a premium demographic, look no further than the pinnacle of motorsport events, Formula 1, which scaled new heights in 2021, averaging close to a million viewers per race over 22 Grand Prixes.

And the brand most synonymous with Formula 1 ever since the 2000s has to be the manufacturer Red Bull when it comes to understanding the pulse of the target demographic better than any of their competitors from a marketing POV. Red Bull’s strategy when it comes to F1 is simple. It’s a sport tailor-made for the adventure-seeking category, but it is also the domain of those who seek to indulge themselves in the finer pleasures in life. Somewhere in the union of the Venn diagram of these two segments, is the totality of their potential fanbase.

What a thrill it was for us at BigCity then when we partnered with the same brand to deliver one of our more thoughtful campaigns whereby, we created an alliance between the energy drink brand and a global ridesharing giant to create a thoughtful & impactful campaign focusing on driver safety.

We have conducted hundreds of consumer promotions campaigns for brands around sporting events and lay claim to one of India’s most comprehensive rewards networks. With a Technology team waiting to create unique, engagement-led consumer promotions offering for your brand and reward fulfillment guaranteed to over 96% of the postcodes in India, we firmly believe we are the best choice as collaborators in the consumer promotions space.

With IPL 2022 just around the corner, we can help you create a promotion that not only delights your TG but ensures ROI.

Reach out to us at Marketing@Bigcity.com and let our team of experts create the perfect consumer promotions campaign for you, whether it is for IPL 2022 or for a sporting event you believe your brand should be associated with!