Remember the hot sensation, Pokémon Go, an app that utilized a player’s smartphone camera to overlay images of fictional creatures on a user’s phone screen, making it look like there are Pokémon in the surroundings! When Pokémon Go was released in the U.S., people’s minds exploded. It was the most downloaded mobile gaming app of 2016, despite being released halfway through the year. By January of 2017, it had generated over a billion dollars in revenue for developer Niantic. At its peak, Pokémon Go had somewhere around 45 million daily active users and 27 million daily downloads. It was clearly the most visible success of augmented reality we had seen in the recent times. Technology like AR is changing the landscape of not only gaming, but also promo marketing. With digital India on the rise, this doesn’t just apply to European or American markets… It’s a change that’s affecting the Indian Promo Marketing industry, it’s a change in our conversations as an agency with brands. A very welcome and exciting change indeed!

The number of smartphone users in India is expected to double to 829 million by 2022 from 404.1 million in 2017, projects a new Cisco report. With 4G penetration increasing day by day, it is only a matter of time before every brand will resort to running tech-based promotions in order to cater to their target audiences’ need for faster and more interactive offers.

Starting with a technology trend that has picked up the most in recent years – branded mobile games. To quote a great example, MACH 3 razors was recently introduced via an association with Real Racing 3, a car racing mobile game. To create an engaging experience for the brand’s TG, exclusive cars and courses were introduced in Real Racing 3, with Gillette MACH 3 branding. Players could download a limited-edition Gillette McLaren for races, and those who already owned a McLaren could get their existing car re-sprayed in the Gillette colour scheme for free. The brand also launched two Gillette in-game race challenges. This first ever-mobile in-game integration was a resounding success with a total of 5.1 million impressions. With technology now reaching the masses, mobile games have proven to be an exciting avenue to engage customers. They can be run seamlessly on desktops, mobile phones and tablets, independently or within apps, in high quality. Moreover, the games don’t have to be created from scratch, the brand can be integrated with an existing game or a readily available template. Basis the objective – the product to be promoted, the brand message, mascot or an existing association with a character can be integrated into a game that resonates with the target audience of the brand.

Literally feeding on the rage of Twitter users, the confectionery maker Snickers, teamed up with the Melbourne Institute of Technology to create the ‘Hungerithm’ algorithm; which tracked the mood of online commentators and changed the price of a Snickers accordingly. The Hungerithm was built on a 3,000-word lexicon and analysed around 14,000 social posts a day. It even understood slang and sarcasm; the brand claimed. Monitoring negative sentiments on Twitter, the website scanned 100,000 social posts a week and updated the price 144 times daily. The grumpier the internet became, the cheaper a Snickers was at any Australian 7/11 store. The cost could be slashed by as much as 80%. Brands across the globe have implemented API-powered promos as a part of their marketing efforts to be relevant and to reach out to customers. API-powered Sales Promotions are based on an occurrence in the present and use it to create trends, which can be linked with rewards or incentives. These trends are created basis real-time events like a cricket match, election results or even the current weather. With every ball, every vote count and every change in temperature, actions can be triggered, and customers can be engaged. Assured rewards and other incentives can be linked to every triggered action, which in turn gratifies participating customers. This technology is versatile and can be used to power contests, sweepstakes and give away assured rewards. Coca-Cola is known to be at the forefront for developing creative and innovative product promotions. In Hong Kong, teenagers were offered a free, branded app for their phones. A television spot ran during evenings where fans were asked to run the app and shake their phones to win discounts and prizes from partners like McDonald’s. This not only generated a massive customer-brand interaction offline but also a conversation online. The way gamification works is both online and offline; via SMS and app-based or microsite-based mechanisms. In reality, there are vast creative possibilities involved in marketing gamification.

Gamifying a promotion online can be achieved by creating various formats like the one mentioned above in order to get customers to perform desired action. Spin-the-wheel, slot machines and opening doors to find rewards, to name a few – are a few fun formats that can be used to achieve gamification. Integrating assured rewards on every spin or every move makes a redemption fun and indulgent.

Like Pokémon Go, numerous brands have used AR to create a promotional offer. In simplest terms, AR takes an outside computer-generated image and overlays it in a user’s current view. Heinz launched a 12-week augmented-reality app trial for its Tomato Ketchup brand wherein users could unlock a pop-out recipe booklet featuring Heinz Tomato Ketchup when the camera was placed over the product. A company launching a new product that requires a demonstration to truly sell its advantages could give AR-enabled promotional products to prospective consumers. By scanning a promotional product with an AR app or camera, consumers can witness the interactive features and sophistication of these products with their smartphones or tablets.

Augmented Reality (AR) has seen a huge growth over the past few years and is increasingly adopted by marketers to create engaging experiential campaigns. Consumers are more and more open to augmenting their world with useful content, information and offers, while establishing deep emotional connections with brands. In fact, according to Statista, the number of mobile AR users in the world are predicted to reach 200 million by next year, which means we’ll be experiencing a lot more AR in the near future.

There’s so much more that marketers can do now by leveraging technology – the ecosystem is ready to support, and customers are ready to receive. Brands can now design a more powerful dialogue and drive home a desired message in a more memorable way. The four examples mentioned above, are only the tip of an iceberg. Today’s consumers are all about instant gratification, so by tailoring a relevant real-time marketing campaign, AR-based promos or gamifying a simple sales promotion can go, a long way.

At BigCity, we use technology to add an interactive element to our promotions. We help to keep customers engaged through a variety of touch points and activations. This strategy enables our clients to stay more relevant in an ever-changing digital landscape. To talk to our experts email us at marketing@bigcity.in or call us on 080 4055 4844. 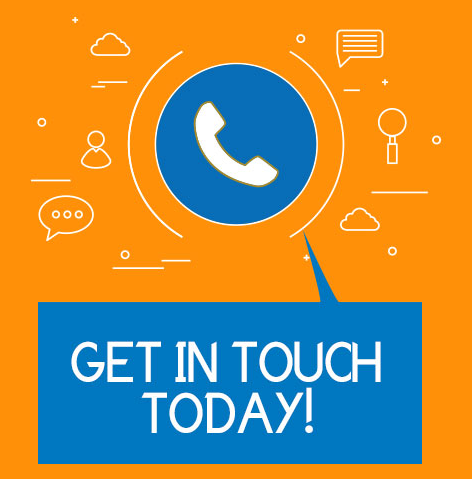